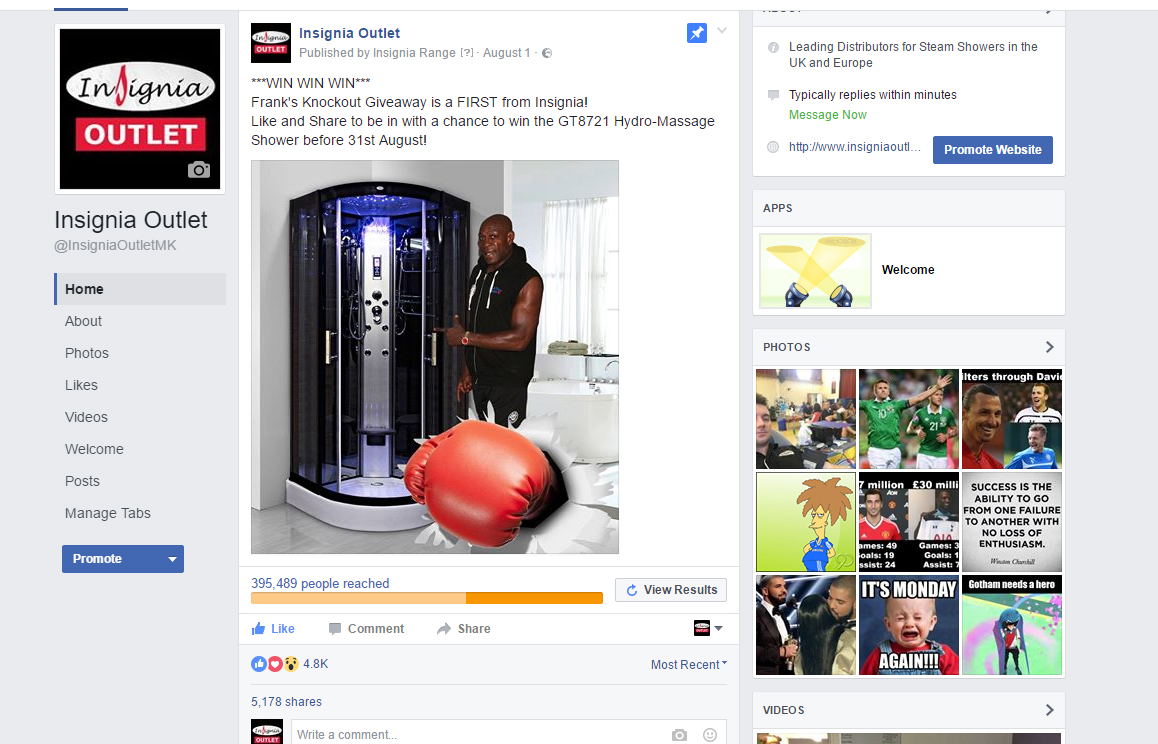 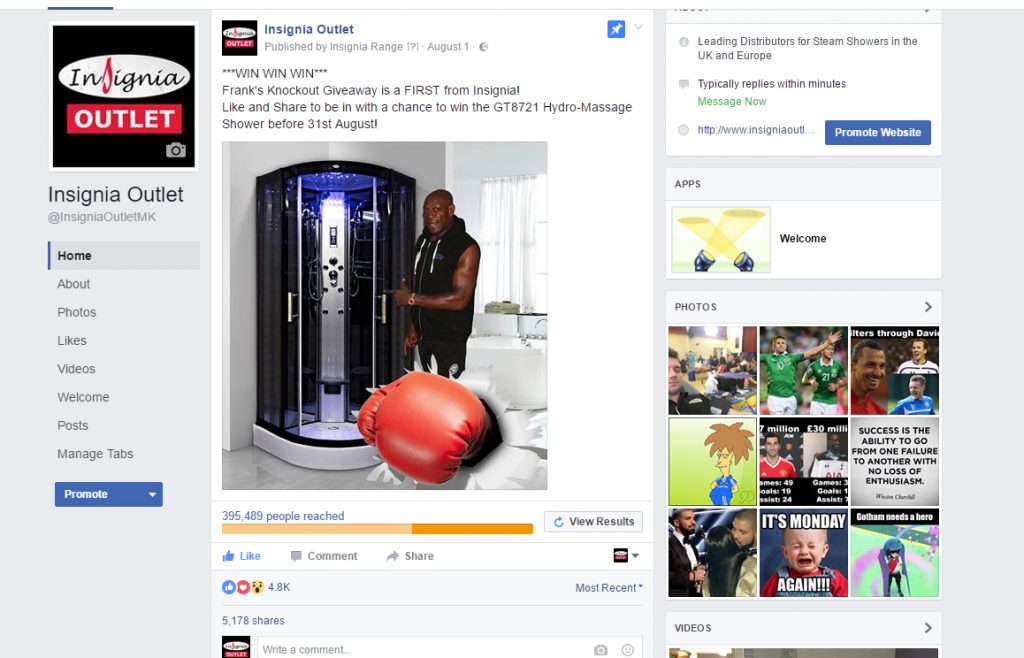 The month of August gave us a first here at Insignia - a complete shower giveaway. The ever popular GT8721 hydro-massage shower cabin was the prize and we promoted this through Facebook. Simply like and share and be in with a chance to win. We expected approximately 500 people over the course if the month to enter the competition and we would have deemed that a success. An overwhelming amount of interest in our hydro-massage cabin saw it reach nearly half a million people over the duration culminating in over 5000 shares. This was over ten times our expectancy and for that we are very humbled. It is beautiful to see how popular our shower enclosures are. We felt having just a first prize was a bit underwhelming and therefore decided to offer discounts to a further 49 lucky winners. This was at approximately 20th of August when we still had a good chunk of the competition left to run. As the end of the competition drew closer a further decision was made regarding the discounts. Instead of randomly choosing people who may not actually be interested in purchasing a shower we have opened it up to whoever wishes to receive the discount get in touch and it will be sent across. A further 100 codes were added so a grand total of 150 people can actually win a prize from this competition. We hope to run plenty more of these in the future and next time we may even have a steam shower giveaway, or potentially a heavy duty steam generator. Stay tuned on the Insignia Facebook page for future offers and competitions. Furthermore a huge congratulations to Lorraine Evemy who won the shower and we will be delivering that at some point next week and we will snap a pic during the delivery and upload it through our social media platforms.
02/09/2016 | View: 76 |   By: Jay